There is this skin proliferation. One discovers them at some point, sooner or later, depending on the location – at hand sooner, at foot or back later. OK, let’s watch the wart. Maybe the wart will be forgotten again, until one notices it again sometime. Now the assumption has become certainty: The wart won’t go away. At least not on its own. They want to remove the wart. Only how? For this purpose there are different Warth means.

Do you go to the doctor or do you try self-treatment? First of all, some important information about warts:

The wart, if you don’t mean the nipple, is skin proliferation with the following characteristics:

Warts are caused by contact/smear infections with human papillomaviruses (HPV) on mucous membranes or by fine lesions of the skin.

The upper layer of the skin is infected and then propagation occurs via the cell nuclei, as is usual for viruses.

A strong immune system is very important for the defence against viruses. To strengthen the immune system, you can:

Warthogdoesn’t really have warts, by the way. The warts are already attached to the embryos and thus cannot be virally initiated growths, but are pure skin structures without a bony or muscular basis. With old males the four warts arranged in pairs are particularly large.

Subsequently, the herbal warts such as dandelion, celandine, tea tree oil and marigold are used. Due to their gentle effect, these warts are particularly suitable for children and for use on the face, as they do not have a corrosive effect.

Dandelion as a wart remedy

My now deceased grandmother gave me the tip back then. She said,”Philip, pick your dandelion, break off the stalks and smear the white milk of your dandelion on your wart.”

I had a wart between my little finger and ring finger. And I did as I was called. :-) Several times a day I put dandelion milk on my wart.

The white dandelion milk discoloured during drying and became brown and darker every day. I kept putting the contents of a stem on it, too. At some point the wart was no longer dark brown but almost black.

Until now, I thought that only this “dandelion crust” had become discolored. But someday I wanted to grease it again, but the wart was gone. Looks like they just fell off. But I didn’t look for her then either.; -)

In winter you should try it with dandelion tincture (

). Unless you grow dandelion yourself in a greenhouse.

Dandelion is also a wart remedy for children. 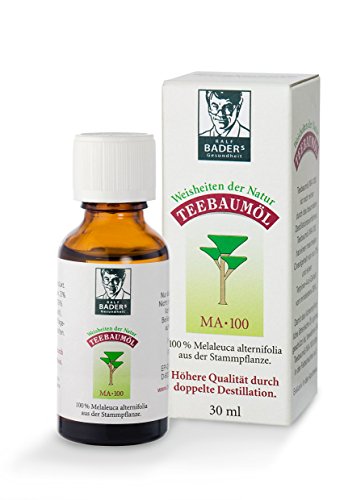 Tea tree oil is also a warts remedy for children.

Celandine as a wart remedy 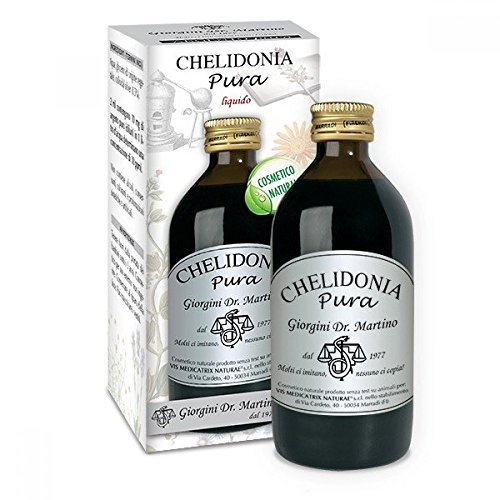 Derzeit nicht verfügbar at AmazonAd
More experiences
Celandine is also often referred to as warthawk. Not without reason. It has always been used to remove warts. It’s even said to help with genital warts. Celandine is antibacterial and antiviral. The latter property is important to stop the human papillomavirus. Lubricated regularly on the wart, the wart becomes smaller and smaller. celandine is also a warts for children.

Calendula as a warts’ remedy

Calendula is used as a remedy or at least to relieve many skin diseases.

Put the marigold leaves in cider vinegar and wait 1 week.

The cider vinegar-curly flower mixture results in a tincture that can be used to lubricate warts several times a day.

This calendula tincture is also a wart remedy for children.

Or use a marigold tincture, as shown in this picture.

There are several home remedies that are traditionally used to treat warts.

How easy it is: 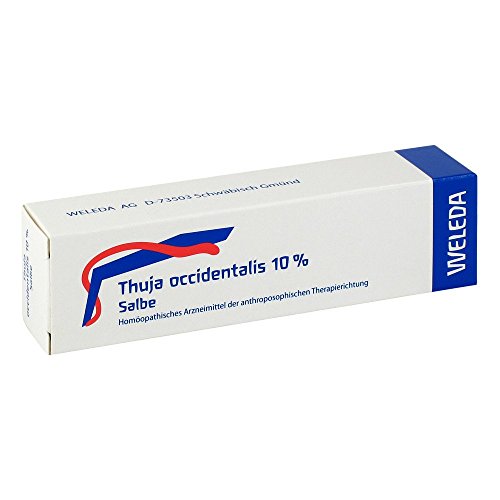 Thuja Occidentalis 10% Sa 25 g
EUR 9,70 at amazonAd
Brush the wart(s) three to four times a day with the supplied brush! After a short time you should see the first successes.

ZymaDerm is also a warts’ remedy for children.

Thuja is mainly used externally due to the irritating effect of its essential oils and the toxic substance thujin. 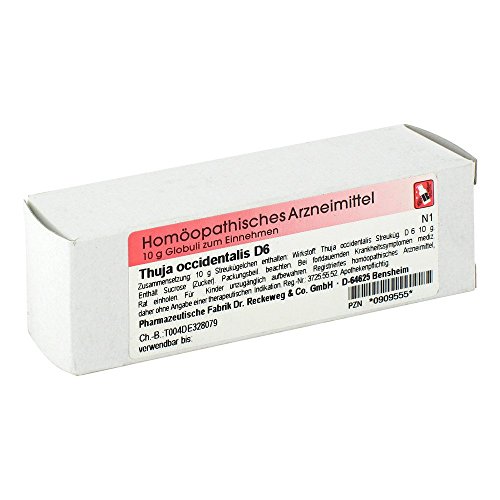 Long-term ingested helps the body to get rid of the warts. But if you live unhealthy lives at the same time, the best homeopathic remedies do not help.

Wart remedies from the pharmacy

Here is a small list of warts you can buy in online pharmacies (e. g. Medpex*):

Of course, there are also warts in a drugstore like DM. Like this one: SOS Warts Ex Pin

In a drugstore you can find prescription-free warts:

There are some prescription free warts:

Clabin Plus is over-the-counter and you can purchase it at Medpex* .

Tips for treatment with Clabin Plus (found in reviews at Amazon):

In the application are warty patches (medpex*) are naturally the most uncomplicated. It is easy to attach without the need for time-consuming brushing/application. It goes without saying that, for this reason, wart patches are particularly suitable for spine warts on the foot.

There is also a Acetocaustin Pen*. 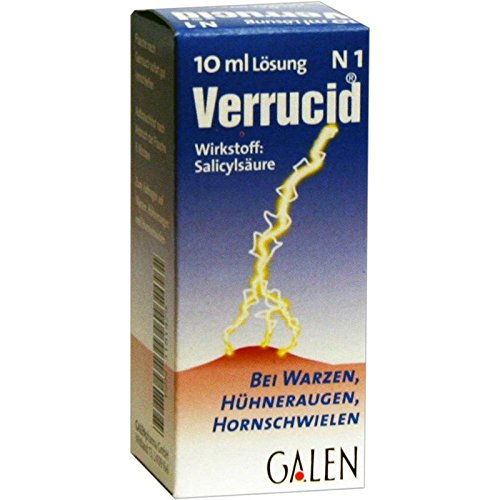 Verrucid 10 ml
EUR 10,29 at amazonAd
1g contains 0.1g salicylic acid. This is also about the etching of warts. For foot warts I recommend taking foot baths before using to improve the effect.

Dosage with SOS Warzen Ex Pin is of course more convenient than with other warts. As with Clabin Plus, the warts can be removed layer by layer. 1 ml SOS Warts Ex pen contains 50 mg monochloroacetic acid. Even if you can work with the SOS Warzen Ex pencil more precisely than with e. g. Clabin Plus, you should protect the surrounding skin with a greasy cream like Penaten. But since SOS Warzen Ex is transparent, the dosage is not exactly easy.

If you want to learn more about Verrucid, please click here*. 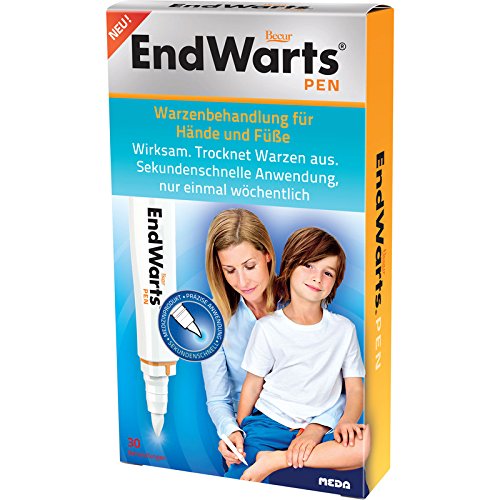 This wart remedy is also suitable for children. Consult a paediatrician before treating children under 4 years of age.

The formic acid penetrates directly into the wart. The body can then dry outthe wart with the help of the formic acid . When the wart has dried up from the inside, the dead wart is repelled by the body. One pen is enough for 30 treatments. For more information, see here*.

But if the active ingredient is formic acid,… 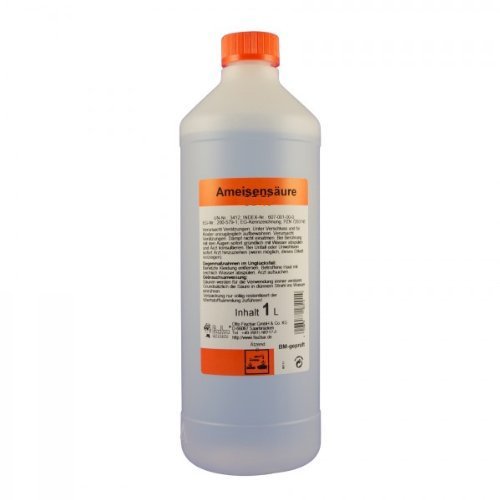 While one would otherwise like to avoid freezing brandy, it is the aim of cyrotherapy or travel warts to generate a freeze brandy ad hoc.

Water expands when it freezes over. This is well known, I think. When freezing warts, one tries to destroy the blood vessels that supply the warts with nutrients and oxygen as well as destroy the warts cells themselves, i. e. to burst them.

Slight pain is normal. In case of severe pain, you do something wrong.

After application, if the treatment of the wart is interrupted, a bladder forms after a few days, which turns red at some point. You can’t prick that bubble. You should protect them more like your own eyeball. 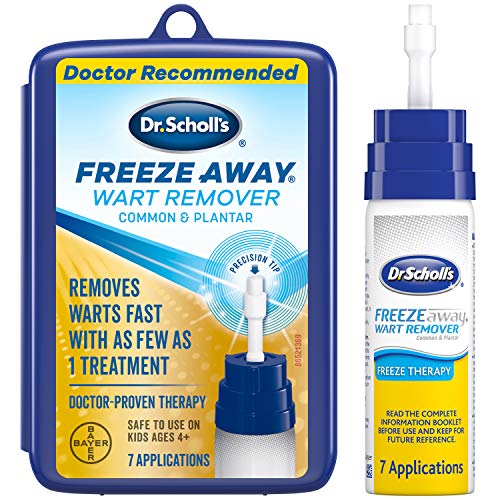 Dr. Scholl's Freeze Away Wart Remover 7 Treatments (Warzenentferner)
EUR 19,80 at amazonAd
There are many success reports (e. g. also Amazon) on the internet. However, the voices of those afflicted with warts are also increasing, who were able to achieve success after a second application, if at all. A doctor can probably ice a warts better. Personally, I’d try it at least once because I hate waiting rooms! So: Patience and also a second try, where you already have a certain routine.

Means for the freezing of warts are also available at Medpex*.

In case of children one should always wait and see if the warts do not disappear by themselves. I would either try it with one of the following means at my son’s or go to the doctor.

My escalation levels would be the same:

This is a natural question. Corneal is not sharply limited, but cornea can cover a wart. This is important for the treatment, because then the cornea has to be removed first. In this case, one has to resort to techniques that do not injure the wart.

For me, the difference between a wart and a mole is that a mole/liver stain usually has an regular dark brown color and not proliferates, while warts structurally reminds more of cabbage-like proliferation.

The difference between a wart and a corn is mainly due to its cause. A wart grows because a virus spreads. A corn is created because the body reacts to a cornea with more cornea and more cornea after repeated pressure on the cornea. However, this reaction is sometimes counterproductive when cornea grows like a thorn inward due to permanent pressure. The pain is then the same as with a spine wart.

Corns are often treated with the same active ingredients as in warts to remove or soften the corneal layers:

Age warts are indeed very similar to black skin cancer. The similarity is so serious that even doctors cannot tell the difference with 100% certainty. For this reason age warts are generally removed.

A blog lives from feedback. So, please write me your opinion in a comment. Even if you wish to post a message on a specific topic, you can still post a comment. I look forward to it, thank you for your help!

But I am also pleased about a positive evaluation:

Scroll back to top
Welcome to my website and to the EU! I am legally obliged to make you aware of this and I hereby do:
1. The information on this site should not be used for self-diagnosis or self-treatment! 2 I am not a doctor or alternative practitioner. Everybody is responsible for himself. I only give my experiences and investigated knowledge back. So always go to the doctor or alternative practitioner. 3. Please read the Privacy Statement so that you know which personal data is stored on my website or by third parties. 4 This website uses cookies. A way out? Please deactivate cookies in your browser or leave my website. :-( 5. Advertising links are marked with * or "ad". 6. I track your visit with Google Analytics: Disable Google Analytics! And now have fun on my site! :-)OK!Keine Cookies